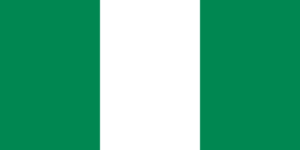 Important world literature comes from the Federal Republic of Nigeria. Just like the typical and world-famous wooden sculptures that tell of one of the richest cultures in West Africa. The country on the Gulf of Guinea with its 36 federal states – surrounded by Benin, Niger, Tashad and Cameroon – is considered the most populous country in Africa with more than 200 million inhabitants from around 400 different ethnic groups.

The Muslim Haussa in the poor and backward north, in which the terrorist militias of the Boko Haram are rampaging, and the Christian Yoruba and Igbo in the economically better off south repeatedly cause ethnic and religious tensions, tribal wars and deep divisions in the country; Corruption, environmental disasters and a high crime rate are the order of the day – all of these make people’s lives even more difficult.

In the struggle for more rights, the PMF stands on the side of Nigerian girls and women who have a disadvantaged position within Nigerian society. Often, for example, they have to pay for their families to support themselves. If the man dies, who usually has several wives, the family of the deceased may steal everything from the widow, even the children. So-called widows’ associations can help quickly and unbureaucratically with small loans.

The issue of female genital mutilation is also difficult: although the Nigerian government publicly condemns circumcision, an act that aims to ensure social acceptance and virginity as well as improve marriage chances, this method continues to be used; For the women and girls affected, this often means lifelong suffering, not infrequently also death. Persuasion and education are particularly important here.

Long-term strengthening the position of girls and women who often cannot go to school – this is what the “Power Girls” project is all about: Through targeted knowledge transfer, girls between the ages of 12 and 16 gain new self-confidence and the chance for a better future. 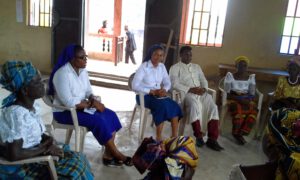 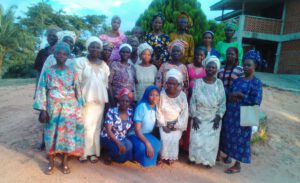 Self-confidence and acceptance for widows